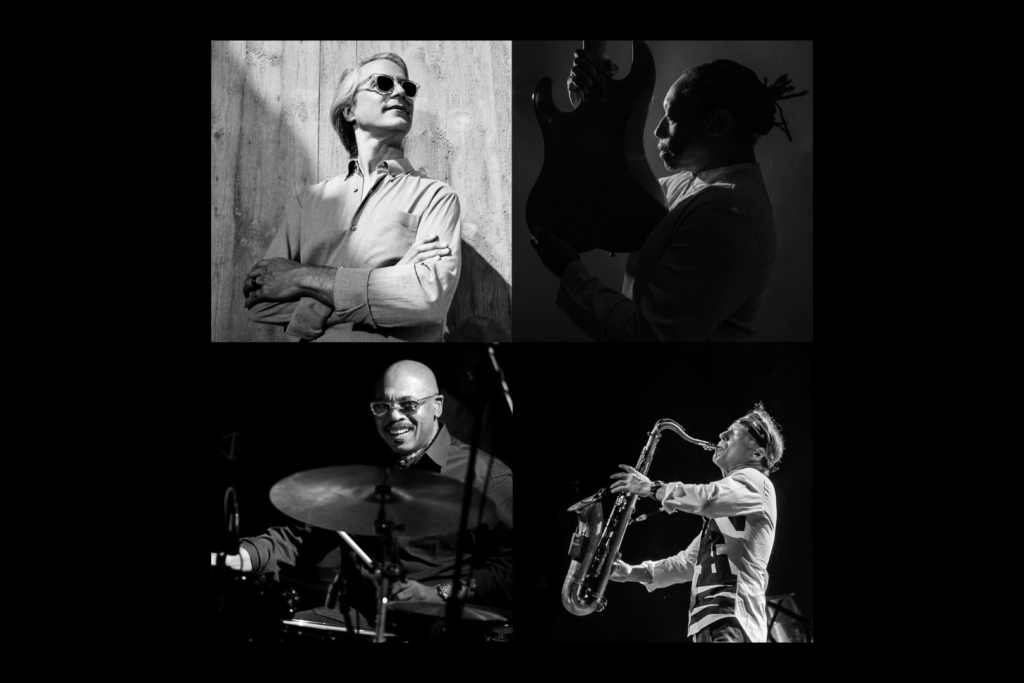 Look forward to an unforgettable evening with Jazz/Takes Supergroup! The Supergroup consists of the legendary Harvey Mason (on drums), Darryl Jones (on bass), Bill Evans (on saxophone) and Niels Lan Doky (on piano).

Harvey Mason’s inimitable sound and style have made him one of the most recorded drummers in history. His credentials reflect his extraordinary versatility, having worked with Duke Ellington, Michael Jackson, Björk and Herbie Hancock, to name but a few. His most famous work of all on the jazz scene was on the ground-breaking Herbie Hancock album entitled “Headhunters” in 1973, on which he also wrote the hit track “Chameleon.”

Bill Evans, saxophonist and world-class producer, debuted his career at just 21 years of age playing with Miles Davis. To date, he has recorded 26 solo albums and has toured with some of the biggest names including John McLaughlin, Herbie Hancock and Mick Jagger. He has received numerous Grammy nominations.

Darryl Jones, who originates from Chicago, rose to fame touring worldwide with Miles Davis in the mid-`80s. In 1985, he became a member of Sting’s first solo band. He later joined the Rolling Stones following Bill Wyman’s retirement and has been recording and touring with the band since 1994.

Niels Lan Doky has been hailed by the international media as “the best pianist of his generation” and “one of the most significant pianists that European jazz has given us in the last 45 years.” He is also head of the Niels Lan Doky International Jazz Collective – a collaboration of prominent musicians from Europe, North America and South America who come together regularly to present their unique and exclusive jazz concerts.

This concert is an unparalleled musical journey through jazz interpretations and genres never previously “translated” into jazz which needs to be seen and heard to be believed!