-Yes—Ralph Towner is alive and well and his new record is wonderful, as good as anything he has done since the early ’70s - Neils Cline

Ralph Towner is one of the world’s leading guitarists and a significant composer. Ralph also  performed at the first Maijazz festival almost 30 years ago. What better way to honour this unique artist then to invite him back to Stavanger to this anniversary festival. Ralph Towner has been on the international jazz scene for almost 50 years and is still as sought after artist. He was one of the founders of Oregon jazz group in 1970. Also check out his legendary works with Jan Garbarek, John Abercrombie and his huge catalogue at ECM.

Maijazz likes to challenge  the student ensemble at UiS, so what could be better than to play with one of the masters in the jazz world? Once more Maijazz has asked the talented Tore Johansen to arrange the great music of Ralph Towner.
Guitarist Nels Cline describes in a good way what a great musician and composer we have asked to play with Bjergsted Jazzensemble – Ralph is an artist to whom I owe a tremendous amount and one I’d like to expose to the uninitiated. He is one of the of greats who’s still playing and writing and whose work has always been good.- Neils Cline (gitarist) -Fretboard magasin

Many thansk to Inge Steenslands Stiftelsen for support to this project 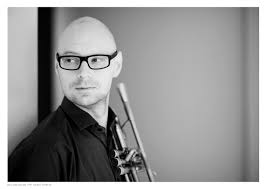