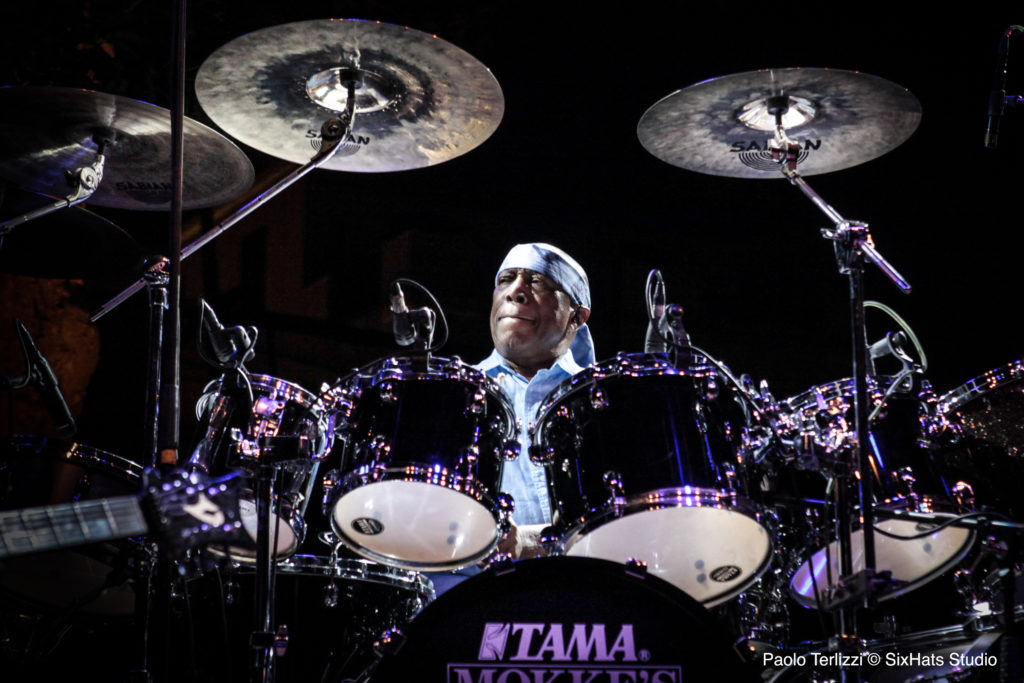 Where does one even begin to describe Billy Cobham? He is the drumming phenomenon who has performed with such titans as Horace Silver and Miles Davis, and whose distinctive tones can also be heard on the evergreen “Bitches Brew.” He achieved tremendous success with the Mahavishnu Orchestra playing alongside John McLaughlin. Grateful Dead and Bob Weir have also benefitted hugely from his rhythmic talent.

Billy Cobham has enjoyed an unusually varied solo career. His CV is bursting with recordings and memorable moments which have truly had an impact on the music and jazz scene. On this particular evening we shall be dwelling on one of these classic moments in time. 2023 marks 50 years since the release of Cobham’s classic solo debut album entitled “Spectrum.” Characterised by tunes such as “Stratos”, “Spectrum” and “Red Baron”, the album is a fusion-inspired bastion of jazz history. The album is as impressive today as it was back then with its funky drums, sparkling synths and riff. It may best be described as a rich tapestry of dazzling talent.

This momentous 50th. Jubilee must of course be marked. The celebrations will take the form of a very special concert by Billy Cobham’s Spectrum 50 Band on the stage of Stavangeren. The evening is set to go with a bang, big drums and a razor-sharp band.