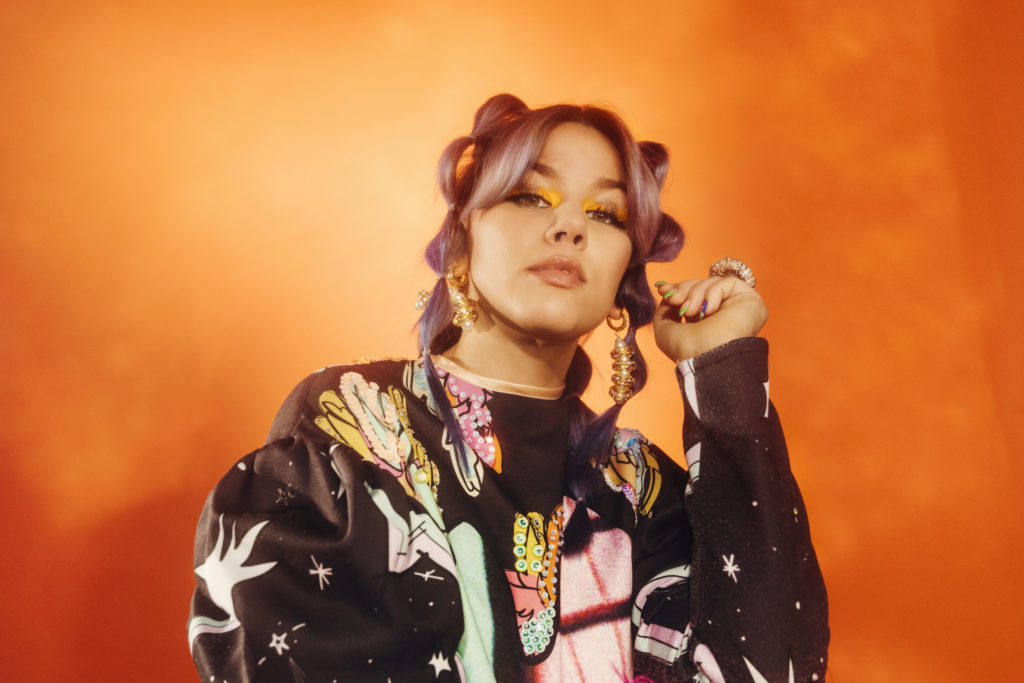 Natalie Sandtorv is spreading her wings as Neon Ion. Performing at Maijazz 2023!

Neon Ion is the electro-R&B project spearheaded by the prize-winning vocalist, Natalie Sandtorv! The album “Heart Echoes” was released on 8th. May last year to resounding ovations, and was described as follows by Audun Vinger on a double-page spread in Dagens Næringsliv: “Neon Ion’s Heart Echoes expands the horizon for modern Norwegian pop music. (..) Natalie Sandtorv is impressive as Neon Ion, who will stand out as one of the highlights of the Norwegian pop year of 2020.”

The Neon Ion project has taken shape through tours in Europe and writing breaks in Los Angeles, Italy and Berlin. The music plays out in nightclubs, and is characterised by high energy, modern R&B and a generous dose of LA coolness.

The vocalist has received fabulous reviews for her live performances, and has been singled out by several international media sources, including NME, The Line of Best Fit, and Gaffa, as “one to watch”. She has collaborated with Thurston Moore, Nils Petter Molvær, Arve Henriksen and Hedvig Mollestad. She won the prestigious Jazz Talent Award at Moldejazz in 2016 and has been commissioned to write pieces for several festivals. She has also headlined a number of European jazz festivals.