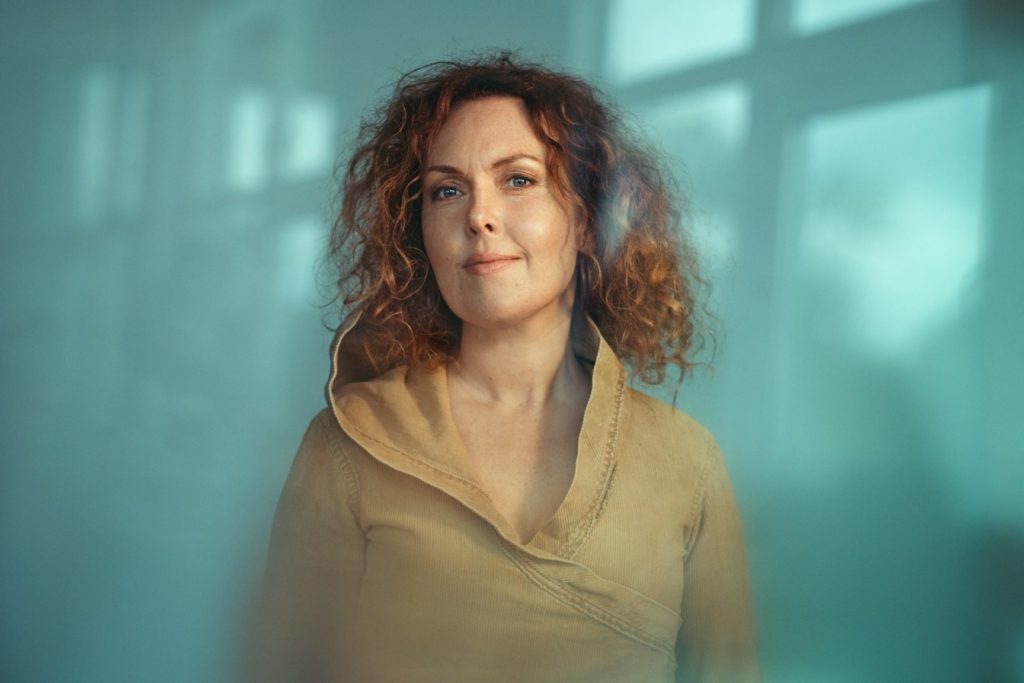 It is time for an outstanding concert experience featuring Kristin Asbjørnsen´s new ensemble!

The expressive vocalist is accompanied by guitar maestros Olav Torget and Eivind Aarset, and by the eminent Anders Engen on percussion and piano, and chorister Monica Ifejilika in unison with the Gambian kora player and singer Suntou Susso.

Kristin is one of the most original and critically acclaimed voices to have come out of Norwegian music in recent decades. Her artistic expression has garnered an overwhelming response both at home and abroad.

Kristin´s most recent album, entitled “Traces Of You” (from 2018) was received with resounding enthusiasm. Her songs are like feelings surrounding life´s impressions and love´s transformations. With a strong melodious scent and poetic lyricism, the instruments weave their way into a beautiful, raw, and meditative landscape, carried forth by the presence of Kristin´s vocals. Her album release was followed by a series of concerts in Norway, Germany, Italy, and Spain. Musical pieces from this album, coupled with her very personal interpretations of Afro-American spirituals, set the stage for this special concert.

Reviews of “Traces Of You” – “A marvellous recording by one of Norway´s finest vocalists”, writes Jan Granlie, Nettavisen.