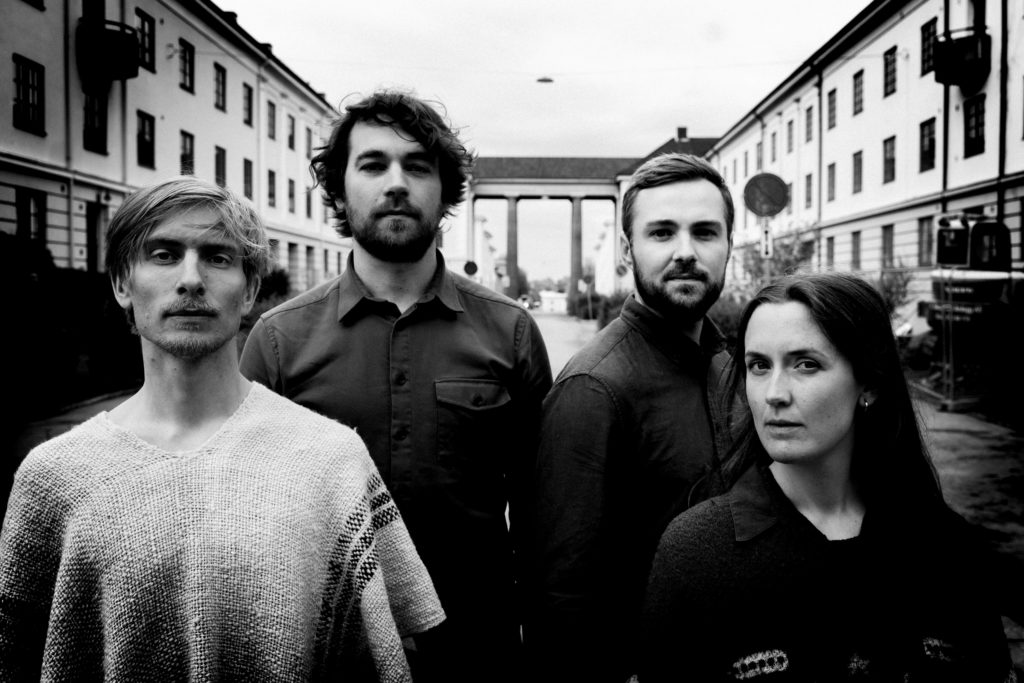 What happens when you lock up four of the most creative musicians in Norwegian jazz? They create! In March 2020, when the corona pandemic effectively shut down Norway, Flukten found its sanctuary. Flukten is driven by one thing – the yearning to make music. Flukten is made up of musicians from some of the most critically acclaimed Norwegian jazz bands in recent years: Hanna Paulsberg Concept, Atomic, Moskus, GURLS, Wako, Espen Berg Trio, Hullyboo, Skadedyr and Trondheim Jazz Orchestra.

Their debut album, “Velkommen håp”, came out in September 2021 and received glowing reviews. This vital, energetic ensemble combined with playful and impulsive music earned the quartet a Spellemanns award in the jazz category the following year. Klassekampen referred to the album as follows: “This album is a testimony to four exceptional jazz musicians who have found an outlet for fresh ideas and renewed vigour by joining forces,” and went on to crown the album as the very best in September 2021. The renowned British music magazine Mojo gave the album four out of five stars and featured “Velkommen håp” amongst its top ten albums that month.